Nobody Cares About White Genocide

Posted on March 4, 2018 by Bourbon Apocalypse: A Whiskey Son of Sorrow

Per South Africa: as long as whites are the ones on the receiving end of a machete, nobody gives a a flying racial damn, for those crackers probably had it coming to them anyway, given some secular version of original sin, i.e., a crime over which they had no personal responsibility, but for which they must still suffer. (Look into “land expropriation South Africa.”) 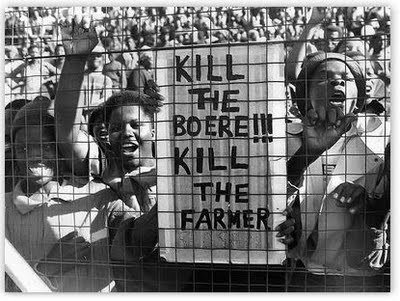 If you care to sign a White House petition to give priority to white farmers who may want to escape their eventual slaughter by emigrating to the US, go here.

Am I being dramatic? Check out this video staring at the 5:22 mark (better yet–watch the entire damn thing):

"If you can't annoy somebody, there's little point in writing." ~ Kingsley Amis
View all posts by Bourbon Apocalypse: A Whiskey Son of Sorrow →
This entry was posted in Uncategorized and tagged Nelson Mandela = War Criminal, Ramzpaul, South Africa, White Genocide. Bookmark the permalink.