Posted on September 6, 2017 by Bourbon Apocalypse: A Whiskey Son of Sorrow

I have exhausted myself on dreadfully serious posts as of late. If I had more people who would spit into the abyss with me, then I could keep spitting to polish these gloomy gems. However, most do not know how to respond to my peculiar brand of twilight twitter when I am soberly reflective.

Epicurus, come on down!

I am sure that I have probably posted this video before, but it is befitting that I revisit this melancholy melody.

I have luxuriated in the work of Mazzy Star since the 90s, and I have pined after Hope Sandoval, well, since the 90s. However, because no true love can satisfactorily be consummated in this world, I pine for the Hope Sandoval perpetually trapped in her mid-90s form.  Like this: 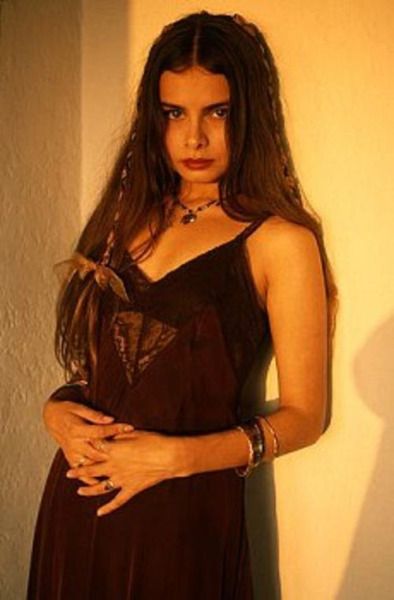 That is the kind of beauty that drives a man to senselessness, to numbness, and to despair–available to only a select group of men, and even those who come close to possessing it–for who can possess an ideal?–must cherish it before its physical manifestation fades and withers and is forgotten.

Most of what appeals to me would be deemed chauvinistic by today’s standards, so I must say what they are: her long raven hair, her pouty lips, her large luminescent eyes, her diminutive frame, her demure waifishness, her fragile voice, her aura of sadness, her effortless [if a woman ever truly does anything effortlessly 😉 ] gypsy-esque seductiveness. Though she is Hispanic, she looks vaguely Eastern European (Romanian or Georgian–damn you, Georgia, and the heartache you have caused me), and there is not much, dear reader, that I would not attempt for a pretty Eastern European gal.

"If you can't annoy somebody, there's little point in writing." ~ Kingsley Amis
View all posts by Bourbon Apocalypse: A Whiskey Son of Sorrow →
This entry was posted in Uncategorized and tagged frozen in time, Hope Sandoval, Mazzy Star. Bookmark the permalink.