Notes Before I Go, with a Little Something to Offend Everyone (Namely, Myself and Those I Love)

Posted on May 7, 2011 by Bourbon Apocalypse: A Whiskey Son of Sorrow 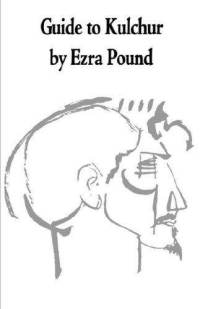 I. Why the obsession to document nearly every event in our mundane lives (and they are mundane for the most part—and should be, for “mundane” is derived from mundus)? Experience has to be mediated through the camera before it can be accepted as reality. In her petite essay “Photography: A Little Summa,” Susan Sontag writes that “[i]n the modern way of knowing, there have to be images for something to be become ‘real.’ ” This modern way of seeing—KNOWING—is necessarily fragmentary and superficial and evanescent, for a photo captures “appearance—which is always changing.”

And, okay, Rad Trad (…Catholics): you look at photos, do you not? Guess what? You are a part of modernity. Guilty. St. Pius X, ora pro nobis.

II. People (and I, first and foremost, include myself) who blithely gallivant into their third decade of life without serious thoughts of marriage and family are deficient. Seriously, it is not as if most of us are soberly contemplating a call to Holy Orders or are giving our lives to Some Greater Cause (transcendence is optional). Did I mention “soberly” not too long ago? Most of us avoid that adverb both in usage and practice because we do not have the attachment to and concomitant responsibilities of spouse and children. Let us enjoy the Now, for as we start go gray and corpulent, we will miss the children we, ahem, pissed away.

III. Though I am part of a fraternal organization that enshrines patriotism as one of its four virtues, secession (if not legally at least ideologically) makes the most political/cultural/moral sense to me. As Edward Abbey writes: “Be loyal to your family, your clan, your friends, and your community. Let the nation-state go hang itself.” Perhaps there is a bridge somewhere. There! Let me clear away the brushes.

IV. Can a nation founded in revolution be said to possess Kulchur? The nineteenth century had so much promise. What American writer can follow Melville or James? Old World decadence, I say, is still better than ad hoc consumer capitalism. USA! USA! USA! USA! USA!

IVa. Capitalism is just as contrary to Christianity as Socialism. Marxists and libertarians both can shine my shoes and spit off. Oops—missed a spot.

IVb. Not going to argue this with anyone.

V. Most people who drive trucks are jerks on the road.

VI. People who constantly exercise are simply addicts of a different order—socially approved acolytes in the Temple of the Body. The yearning for an endorphin rush can lead one into perdition, just like the yearning for an externally-produced chemical rush can. Saw-wee.

VII. The government should offer monetary incentives for people to shut the hell up. While the greatest ruse the devil may have ever pulled is convincing people he does not exist, the second must be the notion that everyone’s opinion matters. I know mine surely does not—neither does yours, friend-o/a.

VIII. If you do not read both Latin (probably classical, though ecclesiastical should get you a pass) and ancient Greek, you ain’t learned.

IX. For those of us who actually have children, we have no songs, poems, histories to give to them. Thus, we have no culture to pass onto them. Then again, I guess I could tell any kids that I might someday have about the ease with which I could buy books, CDs, and DVDs on Amazon.com. Lordy, can you imagine being one of those patriarchal, xenophobic, hierarchical, superstitious ancient Greeks who believe in metaphysics? Meta-my-ass (USA! Progress! USA! Enlightenment! USA! Secularism! Civil Rights and a twin-cab truck in every garage and a Happy Meal on every table and a condom in every eleven year old’s backpack! USA! Nice, optimistic, reasonable people! USA!)! Sheee-it, all they could pass along was Homer. And Sophocles. And Aeschylus. And Euripides. And Aristophanes. And Herodotus. And Thucydides. And Plato. And Aristotle. And Hippocrates. And Galen. And Euclid. And Archimedes. And Nicomachus. And the Trivium. And the Quadrivium. Fear not: surely, world inhabitants will be reading Thomas Pynchon and Toni Morrison and Bob Dylan two thousand years from now.

XI. Anybody over, say, the age of 55 who is still concerned with looking hot or sexy has not learned a damned thing in life and does not deserve the respect of anybody else.

XII. My thesis: the reason why sports talk shows are as popular as they are is due to the fact that they are one of the last bastions in civilized society that encourages a man to dress impressively as well as rewards him for an aggressive display of his presence.

2 Responses to Notes Before I Go, with a Little Something to Offend Everyone (Namely, Myself and Those I Love)