Growing up in the Evangelical (and Reformed), Homeschool Subculture, Or: Fearing That Long Hair and Listening to The Beatles Might Be a Sure Path to Hell

Posted on February 19, 2011 by Bourbon Apocalypse: A Whiskey Son of Sorrow 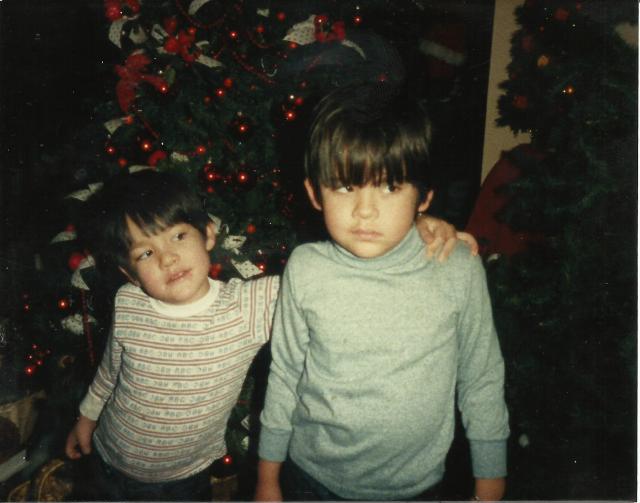 Permit me to wax a little more autobiographical than is appropriate for someone who ostensibly believes the best conversations are oriented around ideas and not in the dreaded late twentieth/early twenty-first century notion of “connecting.” However, since I find my life hugely fascinating, I trust that so will you.

Those who actually grew up in such an environment will immediately be able to draw from their own pool of varied experiences to complement this loaded confession. For those who did not, I really do not think that you can begin to understand, but I will try my damnedest to relate briefly the wonders and angst of my early half-life.

My mom, the first female manager in California US postal history, gave up a plush job to give birth to me. After putting up with my toddler antics (namely, getting stuck in small spaces and drinking poisonous fluids [alas, the urge to drink corrosive liquids struck early in my tender life]), my mom decided that the local kindergarten was not the place she wanted to send me. Thus, she decided to assume the burden of my education. She had originally planned to do this for only a few years, but, as those few years passed, she valiantly kept up with it. Eventually, my younger brother was included in the homespun academic adventure as well. My brother and I, realizing that we could not get away from each other, decided early on to form a pretty tight pact with each other. The culmination of this pact would, many years later, involve me introducing him to bourbon, much to the chagrin of my long-suffering mother who foresaw (correctly) where this would lead.

Because my mom started to homeschool (I am verbal-izing [hehe] this term) when it was more or less still illegal in the Golden State, she sought the support of like-minded people. This led our family to involve ourselves with the Evangelical (and Reformed), Homeschool Subculture. Now, I want to make clear this: my parents were always on the fringe of this movement, so most of this does not apply to them; rather, our family tended to be the guppies (I used to raise guppies—I had one live five years, but I digress…) in the goldfish tank. Not unusual conversations: Should women ever cut their hair short? Should women ever work outside the home? Should women ever wear pants? Should women cover their heads while in church? Should men ever have long hair? Was listening to rock ‘n’ roll sinful? Were there certain rhythms one should avoid if a musician? Has God spoken to you recently? If so, what had He laid upon your heart to share? Now, share! Does God even speak to you regularly? Courtship or dating? OMG(osh)–did you just talk to a member of the opposite sex without a chaperon? Was one allowed to have non-spiritual conversations on Sunday? Could one ever watch rated R films? Have you figured out the predestination versus free will question? Is “homeschool” one word or two (“home school”)? Etc.

Do not get me wrong, I do not mean to imply that these questions are prima facie ridiculous, for I believe that the general principles that lie behind them should be discussed or, at least, acknowledged. This being said, though, I can only chuckle when I remember being told that The Beatles were an evil band because, for instance, the song “Lucy in the Sky with Diamonds” was short for LSD. Of course, I did not help matters by wearing a St. Pepper’s Lonely Hearts Club Band (an album cover that featured arch-occultist Aleister Crowley!) t-shirt to my homeschool events. And we all knew that Led Zeppelin’s song “Stairway to Heaven,” when played backwards, revealed the diabolical message: support gay marriage and vote Democrat (or something like that…). In addition, I guess my hair did not have to be as long as it was.

Do I resent having been raised in that subculture. Nah. My parents did what they did out of love for both me and my brother. Furthermore, my homeschooling experience implanted within me a fierce autodidacticism. One of my proudest achievements: I remember being ashamed because I had not learned my ABCs like my neighborhood chums, so, as a result, I locked myself in my parents’ room and told myself that I would not re-emerge until I had taught myself my ABCs. I can still remember proudly reciting the alphabet for the first time to my father. (Speaking of my ABCs, I learned my essential dinosaurs before I messed with that foolishness.) And really, how many fifteen-year-olds come home from tae kwon do practice to read an eighteenth century Puritan commentary on the Bible? (Not that I would ever recommend anybody but American Literature scholars read the Puritans…) Furthermore, my early exposure to an interesting array of people encouraged a tolerance for, well, interesting people, and I have met quite a few–from people who advocated secession from the US to people who argued against miscegenation (often the same group) to a man who encouraged a less-than-peaceful means to stop abortion (nudge, nudge, explosion) to a man who once told me to cut off my, ahem, male member in order to combat lust (I believe that he still had his intact, though I did not fact check that one). As for the Evangelical weirdness, well, since I have converted to Catholicism, I now worry only about Catholic weirdness—and this keeps me plenty busy, especially when one considers the extremes in both the progressive (birth control is a sacrament) and traditional (misogyny is a sacrament) circles.

As my Comp I students occasionally say: “in conclusion.” In conclusion, I still listen to The Beatles. However, the only pangs of guilt that now accompany occur when I consider that I could/should be listening to Bach instead. Thankfully, I am getting better with my scrupulosity. As for the long hair, I no longer sport the look, namely because I was called “girl” one too many times, not because I fear the padlock to Heaven can be opened only by the short hair key. I hope that I am right.

"If you can't annoy somebody, there's little point in writing." ~ Kingsley Amis
View all posts by Bourbon Apocalypse: A Whiskey Son of Sorrow →
This entry was posted in Uncategorized and tagged Catholic, Evangelical, Home School, Reformed. Bookmark the permalink.

3 Responses to Growing up in the Evangelical (and Reformed), Homeschool Subculture, Or: Fearing That Long Hair and Listening to The Beatles Might Be a Sure Path to Hell